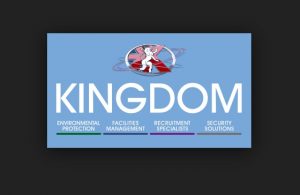 THURROCK Council has responded after a BBC programme recorded a litter warden who works for the company they use to issue parking tickets, boasting that they were going to give out tickets “like Smarties” because of an alleged bonus scheme linked to the number of fines issued.

The trainee, who was based in Bexley, was recorded by an undercover reporter who was working on a BBC Panorama investigation into “dirty tricks” used by litter enforcers to boost fines.

The reporter also recorded a manager at security firm Kingdom Services describe how its officers are paid at least £5 a ticket on top of their basic £9.47 an hour once they have issued four in a day. Kingdom has around 28 contracts with local authorities.

Kingdom has a contract with Thurrock Council. This is a pilot scheme at the moment but, as YT reported yesterday, a contract worth close to a million pounds is about to go out to tender.

A spokesperson for Thurrock Council said: “Thurrock Council immediately sought and received written assurances from Kingdom following the Panorama broadcast that services are provided in line with the terms of their legal agreement, particularly relating to ensuring appropriate skill, care and due diligence.

Kingdom denied the bonus, which it calls a “discretionary competence allowance” is “to incentivise enforcement officers to issue FPNs”.

It said it trained officers to only issue fines to people they “reasonably believe have committed an offence” and it would investigate any “unprofessional behaviour or misconduct”.