Update: John Bateman, 57, who had gone missing from Tilbury has now been found. 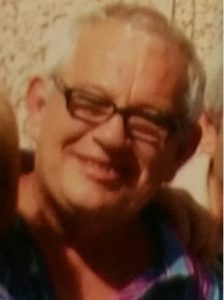 POLICE are appealing for information to help find a man from Tilbury who has gone missing.

John Bateman, 57, was last seen at around 6pm on Thursday, June 22 when he left his home address.

He is described as white, of stocky build, 5ft 6ins tall, short grey hair, tattoo of a flying horse on his left arm.

When he was last seen he was wearing a dark blue shirt, blue jeans, white Reebok trainers and glasses.

It is not believed John has a mobile phone, wallet or keys with him and he has not taken his car.

John is described as vulnerable and officers are concerned for his welfare.

Anyone who has any information regarding his whereabouts is asked to contact Essex Police on 101.