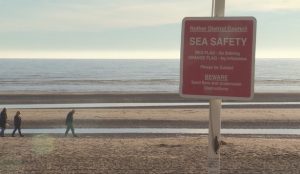 AN inquest is due to open into the deaths of five friends, including a man from Grays, who drowned during a day trip to Camber Sands last summer.

Inthushan Sriskantharasa, 23, of Chadwell Road, Grays and four other men, ran into difficulties at the beach near Hastings in East Sussex, on 24th August 2016.

The inquest is to be held at Muriel Matters House on Hastings seafront and is expected to last at least a week.