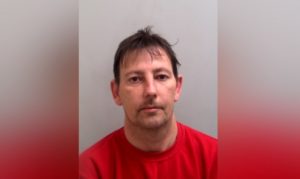 A lorry driver who admitted causing a fatal crash on the A13 near Grays has been jailed for four years.

Two lorries and a car were in collision at on the London-bound carriageway at the A1012 exit slip road around 9.30am on Thursday, February 2.

Mark Williams, who was driving one of the lorries, crashed into the back of a car in slow moving traffic, causing the car to then hit the back of a lorry in front of it.

The driver of the car, 23 year-old Foday Koroma from Basildon, died at the scene.

Appearing at Basildon Combined Court on May 3, Williams admitted the charge.

Today (Thursday, June 29), at Basildon Crown Court he was jailed for four years.

He has also been disqualified from driving for three years and will have to take an extended test.

Detective Sergeant Pete Harris, from the Serious Collision Investigation Unit, said: “This was a completely avoidable crash which has led to the death of an innocent man.

“I cannot re-iterate strongly enough how big the impact is on a family when we have to tell them a loved one has died because of someone else’s actions.

“I am pleased Williams has now been put behind bars and I hope he uses that time to reflect on what he has done.

“I hope the sentence provides some solace to Mr Koroma’s family.”