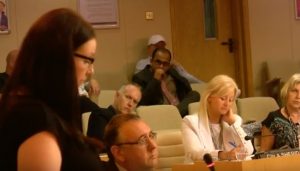 A motion to council opposing any loss of services from Orsett hospital was proposed by councillor Victoria Holloway, Labour’s Health Spokesperson.

Speaking on the motion, Cllr Holloway said “as the British Medical Association has said, patients are suffering as the NHS reaches breaking point as a result of years of under-funding.

“Our hospital isn’t being closed for the betterment of patients, it’s being closed because of a chronic lack of funding. Decisions are being made continually to save money instead of providing the best service.”

Councillor Oliver Gerrish, leader of the Labour Group said, “The services delivered by Orsett Hospital are crucial to Thurrock residents. We should stand opposed to any loss of services that are currently delivered by Orsett Hospital. In particular, they shouldn’t be removed from Thurrock. We need clarity and certainty on these plans – we also need detailed scrutiny of them in public.

Cllr Holloway concluded “It is clear that we must continue to be vigilant over the future of the services delivered by Orsett Hospital. Thurrock cannot afford to lose them. The Labour group is committed to fighting any loss of health services and we will be keeping a very close eye on developments in this area.”