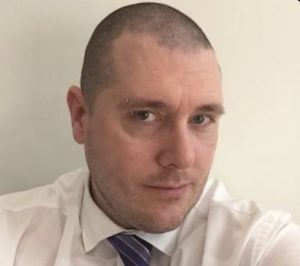 ANTI-SOCIAL behaviour has become a major problem across Thurrock and it is accelerating. Here in Aveley, residents are complaining about unruly youths, vandalism and cruisers roaring around the area with loud exhausts and music bellowing out of cars.

I have lived on the Kenningtons Estate in Aveley for 27 years and I have never known things to be this bad. The bus stop on Usk Road is regularly being vandalised, while groups of kids hang around outside the shops on Romford Road pestering people to buy them cigarettes. And if you refuse you are verbally abused.

Other groups of kids are throwing water bombs and stones at buses and at people waiting at the bus stop on Usk Road. And when challenged, people are again verbally abused. Residents are also complaining about water bombs being thrown at cars as they have driven past the bus stop on Usk Road. A number of residents have had water bombs land inside their car as the windows were open due to the recent hot weather. One of these residents is a neighbour of mine and she ended up losing control of her car which hit a wall. The perpetrators ran away laughing and shouting.

Elsewhere, Essex Police announced today that it allowed an illegal rave to continue last Saturday night in Davy Down, despite noise complaints from nearby residents. This is the second time this year Essex Police has allowed an illegal rave to continue in Thurrock, the first one was back in April. An all-night rave went on until gone 6.30am in Belhus Woods despite complaints from nearby residents.

The actions of Essex Police are sending the wrong message and show that Tory cuts to the police force are having a detrimental effect on crime and antisocial behaviour across Thurrock. Since 2010, the Tories have cut Essex Police numbers by over 600.

Police-recorded crime has risen by 10% across England and Wales – the largest annual rise for a decade – according to the Office of National Statistics. The latest crime figures for the 12 months to March also show an 18% rise in violent crime, including a 20% surge in gun crime and knife crime.

The official figures also show a 26% rise in the murder rate to 723 homicides, which includes the 96 cases of manslaughter at Hillsborough in 1989. More alarmingly the official statisticians say the rise in crime is accelerating, with a 3% increase recorded in the year to March 2015, followed by an 8% rise in the year to March 2016, and now a 10% increase in the 12 months to this March.

In 2015, Police Forces across the country warned Theresa May, who was the Home Secretary at the time, that Tory cuts to police numbers were putting Britain at risk of crime and terrorism. Theresa May accused the police of ‘scaremongering’ and carried on cutting numbers.

The police warnings were right: Official statistics show crime is rising across England and Wales and Britain has had four terrorist attacks this year. And irresponsible Tory cuts are the reason why.

I have utmost respect for the police and the Emergency Services. We should direct our frustration at the Tories, and not the police. Just like NHS workers, the police are working under extremely difficult circumstances and many are suffering stress because of Tory cuts to staffing.

But if the situation in Aveley is not promptly resolved then I fear residents will take matters into their own hands. No doubt some people will read this and say “oh, what a miserable sod”. I really do not care, because unlike them I actually have respect for my neighbours and take pride in Thurrock.