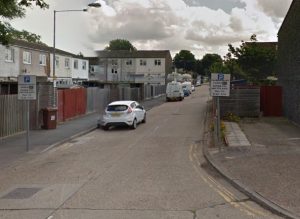 ESSEX Police are investigating two house fires that were reported within minutes of each other in South Ockendon.

Officers were called at 3.30am today, Tuesday August 15, to assist firefighters in Rosemary Close.

Two men, aged 49 and 83, were evacuated from the terraced house and were taken to hospital suffering the effects of smoke inhalation.
Sadly a dog inside the property died.

Officers were also called at 3.31am with reports of a fire outside the front door of a home in Viola Close.

The owner had put out the fire before calling police.

Both incidents are being treated as deliberate and are believed to be targeted.

Detectives are keeping an open mind as to whether or not they are linked and are carrying out a joint investigation with the fire service into the cause of both fires.

Witnesses or anyone with information are asked to contact Grays CID on 101.