It’s all smiles at Palmer’s College 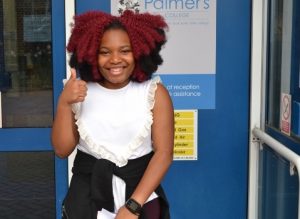 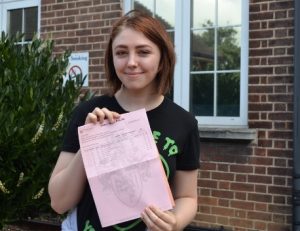 STUDENTS were in high spirits today at Palmer’s College as they received their A-Level results, celebrating with fellow students and proud staff.

Many students gained fantastic results securing places at various prestigious universities as well as some students being offered employment or apprenticeship opportunities.

Razin Miah, 17, from Grays, gained three As at AS-Level in Maths, Law and Accounting and will be going into his second year at Palmer’s College in September. Fatima Jose Pontes Dabo, 19, from Tilbury, gained two As in Accounting and Portuguese, one B in Use of Maths and a D* in Business. Fatima is now looking forward to studying Accounting at the University of Surrey.

Amongst all the many successes there were two students that have achieved more than most. Sekinat Eke, 18, from Purfleet, arrived at Palmer’s College from Nigeria with no qualifications, today she leaves with three Cs in A-Level Maths, Biology and Chemistry. Sekinat is now going on to university to study Nutrition and Dietetics.

Rhiannon-Breeze Harris, 19, from Romford, sadly lost both her parents during her time at Palmer’s College, but with lots of support and hard work, Rhiannon has done extremely well, achieving two Cs at A-Level in Sociology and Health & Social Care, a D in Psychology and a C at AS-Level for the Extended Project. Rhiannon is now going onto Anglia Ruskin University to study Primary Education.

Principal Dan Pearson said: “We are immensely proud of all our students and Sekinat and Rhiannon are great examples of what can be achieved with hard work and support. At Palmer’s College we pride ourselves on the support we give to our students and it is great to see all their hard work rewarded.”

It is an exciting time at Palmer’s College as we look forward to welcoming our new students this September. Palmer’s College successfully merged with Seevic College in Benfleet on August 1 this year.

The two colleges set out proposals at the beginning of 2017 to join forces and create a single, strong college to serve the young people and communities in South Essex and Thurrock.

Both campuses will continue as previously and students will enrol at either Seevic or Palmer’s campuses. 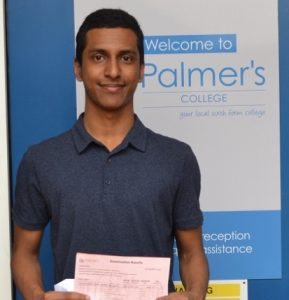 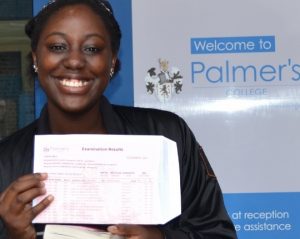