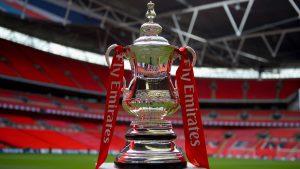 Clapton pulled off a shock result on Saturday, sending Bostik North outfit Norwich United packing with a 2-0 victory. Goals from Raphael Duyile and Ikem Odeh saw the Tons into the First Qualifying Round.

FC Romania are known as the Wolves and Long Melford proved to be a happy hunting ground for Ion Vintila’s team. First half goals from Sergiu Pitaru and Toby Cleaver placed them in the driving seat, with an 84th minute reply by Nathan Rowe not being enough to salvage the game for the Thurlow Nunn outfit.

Ilford have to travel to Haverhill Borough on Tuesday after they were held to a 1-1 draw at Cricklefields.  The home side took the lead on 35 minutes when Khadean Campbell chased the ball on the left and curled a shot into the top corner from 20 yards and nearly added another but for the woodwork.  Dan Hawley levelled just before half time but  Haverhill had to clear off their line as Ilford went close to a winner in the closing stages.

Basildon United were eliminated from this season’s FA Cup by a solitary goal at Great Yarmouth Town. Andy Ager scored for the hosts in the 82nd minute.

West Essex very briefly had the lead at Potters Bar Town. Michael Mignot breached the Bostik North team’s defences in the 40th minute, but seconds later the hosts drew level via George Nicholson. Eoin Casey fired the Scholars into a 52nd minute lead, which was further extended by Steve Brown in the 67th minute, with Casey notching a further goal three minutes later.

Southend Manor were edged out 3-2 by Gorleston. Bayley Newell supplied the goal that gave the hosts a 1-0 lead on 49 minutes. But Gorleston equalised through Jack Garrod and then took the lead via Connor Deeks. Daniel Okah levelled up in the 87th minute but Deeks then struck again a minute later to win the game for the Thurlow Nunn side.

The ESL was guaranteed at least one team in the 1st Qualifying Round after Tower Hamlets and Takeley were paired together. Goals in the first half from Mitchell Das and George Wappett put Takeley in the driving seat and the tie went beyond Tower Hamlet’s grasp in the 74th minute when they conceded an own goal. Stuart Zanone made it a 4-0 Takeley success in the 87th minute.

Hullbridge Sports will be replaying their tie with St. Margaretsbury after a late equaliser from Ronnie Pallett kept their FA Cup campaign active. Hullbridge had taken an early 4th minute lead via Sam Dulieu but Ryan Wade levelled up – then gave his side the lead with two second half penalties. But Pallett’s late goal means they go again on Tuesday at Lower Road. 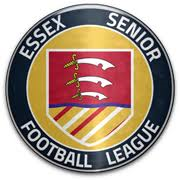