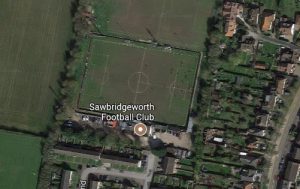 POLICE are investigating an incident after a football match where a player is alleged to have threatened his opponents with acid.

The incident occurred at a match on Saturday August 19th between Sawbridgeworth Town Reserves and Thurrock Reserves in the Essex Senior League.

A scuffle took place at the end of the game. A player is then alleged to have gone to the changing rooms and returned with a bottle of liquid, threatening to spray it in people’s faces.

It has yet to be established which team the suspect represented.

Chief Inspector Gerry McDonald said: “We believe there was an inference that the bottle contained a harmful substance. We are currently investigating this serious allegation, and we would like to speak to anyone who may have seen the disturbance after the match or who may have captured it on their phones.

“We’ve sent the bottle to be analysed by the chemical, biological, radiological nuclear explosive team (CBRNe).”

Anyone with any information is asked to contact police on 101 quoting A4/17/550. You can also report information using our online form at www.contacthertspolice.uk/Report

Alternatively, you can contact the independent crime-fighting charity Crimestoppers anonymously on 0800 555 111 or through their Anonymous Online Form at www.crimestoppers-uk.org. No personal details are taken, information cannot be traced or recorded and you will never need to go to court.

YT understands that no-one was injured during incident.

YT has contacted representatives of both clubs and am awaiting a substantive reply.