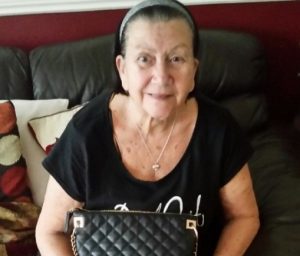 ESSEX Police has released the name of a woman who died at an address in Stanford-le-Hope at the weekend.

Margaret Sims, 70, was found dead at an address in Milton Road shortly after midnight on Sunday, August 20.

A post-mortem examination gave a preliminary cause of death to be compression of the neck.

Keeley Barnard, 51, of Hopkins Mead, Chelmsford has been charged with murder.

She appeared at Basildon Magistrates’ Court on Tuesday, August 22 and is due at Chelmsford Crown Court today (Wednesday, August 23).

Detective Inspector Stuart Truss, of the Kent and Essex Serious Crime Directorate said: “Margaret’s family are very shocked and are trying to come to terms with what has happened.

“They would like to be left to grieve for Margaret in peace.”