Thurrock Labour give support for Syria 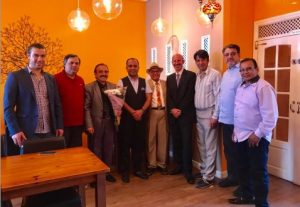 Mr. Ratip Al Suleiman (Director Bright Future Foundation) was also present. Mr. Al Suleiman said ” I am very thankful to the people of United Kingdom for their generosity by hosting displaced Syrian people at this very difficult time. I am hopeful that peace and prosperity will prevail in Syria.”

Mr. Qaisar Abbas said “When I see destruction in Syria, my heart weeps. This is my humble effort to show my love for Syrian people. I hope that war will come to an end and a stable government chosen by people of Syria will bring stability to this unfortunate country.”