Teenager stabbed by gang in Stanford-le-Hope 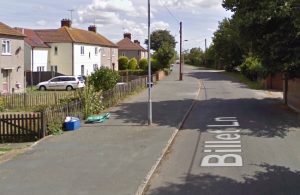 ESSEX Police were contacted just before 10pm on Saturday September 16 following reports that a man had been assaulted in Billet Lane, Stanford-le-Hope.

The victim, an 18-year-old boy, was assaulted by a group of up to six men who punched and kicked him. During the incident he also suffered stab wounds to the leg.

The victim was taken to hospital but his injuries are not life-threatening and he remains in a stable condition.

Witnesses to the incident can contact officers at Grays CID on 101 or Crimestoppers anonymously on 0800 555 111.