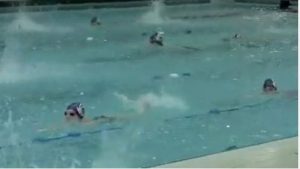 SWIMMERS from Thurrock Swimming Club participated in one of the first meets of the new season held in Luton. This was just a swim-through gala as everyone is under intense workloads, but the swimmers who attended performed exceptionally well with the majority of the swims being personal best times.