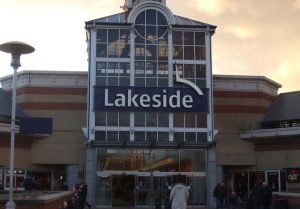 SHOPPING centre intu Lakeside contributed £322.8 million to the local economy last year* according to a new report by owner intu.

intu owns many of the UK’s largest and most popular shopping centres and the research from planning consultants Lichfields measured the economic impact of each centre to reveal how much retail destinations and physical stores are worth to their local areas as a result of employment, regional investment and business rates paid.

intu’s development pipeline is expected to generate an additional 31,000 jobs and a further £1.95 billion for the economy over the next 10 years. Specifically, the new Leisure Development at intu Lakeside which will extend the shopping centre by 175,000 sq ft. The £73 million scheme will open in 2018, anchored by a Nickelodeon-themed family entertainment centre and one of Hollywood Bowl’s biggest tenpin bowling venues. They will be joined by a number of other leisure and catering brands to provide new and compelling experiences at what is already one of the UK’s most popular shopping and leisure destinations.

Alexander Nicoll, corporate responsibility director at intu said: “Creating and managing retail and leisure destinations, such as intu Lakeside; that customers want to visit helps businesses flourish across the country, drives up investment in towns and cities and establishes real local prosperity. The jobs they create cater for a wide range of skills and abilities and deliver more entry-level and flexible routes into employment.”

“We invest millions in our centres and their local communities every year. This allows us to create long-lasting and positive change by delivering skills, employment and health and wellbeing.”