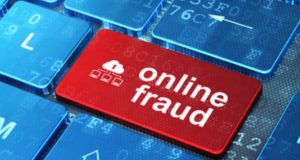 MORE than half (52 percent) of UK consumers think fraud is an inevitable part of shopping online, according to new research conducted by Paysafe, a leading global payments provider. In a wake-up call for online business, the Lost in Transaction report contradicts the widely-held belief that consumers value convenience and experience over security when shopping online. Instead, 60 percent of consumers are willing to accept any security measures needed to eradicate fraud, while two thirds (65 percent) are open to the introduction of more secure payment processes such as two-factor authentication.

By contrast, less than a third (32 percent) of UK businesses believe their customers would favour tighter security, and 59 percent think longer verification processes increase their risk of losing customers. In fact, only 1 in 10 consumers abandon online shopping carts due to payment security taking too long; while the most significant driver of abandoned carts is hidden transaction fees and delivery charges, according to 43 percent of consumers.

One further key issue highlighted by the report is the trade-off merchants face when balancing risk and revenue generation. 69 percent of businesses surveyed want to increase customer sign-ups and transaction volumes by reducing risk thresholds for ID verification. But 78 percent also want to produce more effective verification measures to reduce fraudulent transactions, a potential conflict with their revenue ambitions.

These conflicting views exist even though transactional fraud is a top priority in the boardroom, according to three quarters of businesses (77 percent). In addition, 42 percent of merchants say that over 5 percent of their transactions are fraudulent. In this context, 8 out of 10 businesses expect to increase spend on fraud in the next 12 – 24 months, typically by at least 10 percent.

Commenting on the research, Andrea Dunlop, CEO Acquiring and Card Solutions, Paysafe stated: “In many ways it is surprising to see such a consumer focus on security features rather than more convenient checkout processes. However, it’s clear that protection against fraud is top of mind, and merchants will need to focus on delivering the right balance of fraud protection and frictionless experience.”

Another way in which businesses intend to tackle fraud is by reducing their dependence on traditional payment methods. Nearly 40% of UK businesses would like to see a decline in payment by credit cards, with debit cards and cheques not far behind. The susceptibility of these payment methods to fraud is a significant factor, with credit cards being ranked as the most vulnerable to fraud by 54 percent of respondents, followed by debit cards (45 percent) and then cheques (36 percent). This is an area where consumer and business views align – nearly a quarter of consumers have experienced credit card fraud in the last year, with almost one in five receiving no reimbursement.

The desire to phase out traditional payment channels is matched by a corresponding business interest in emerging payment methods. A quarter of businesses are likely to introduce voice-activated systems like Alexa within 2 years, while one in five favour some form of biometric payment and 14 percent are looking to introduce cryptocurrencies. This is on top of the 26 percent who are planning to introduce mobile wallets. Consumer behaviour is also helping to drive these changes, with one in four adopting mobile wallets; one in six having used biometric and voice activated systems and 12 percent already using cryptocurrencies for payments.

Paysafe’s Andrea Dunlop concludes: “Fraud remains a very real problem for merchants of every size, and it’s not surprising that they’re looking to the future for better detection and prevention technologies. This research shows that consumer demand for biometric payments and cryptocurrencies exists – the big challenge for the industry is to implement them safely as well as conveniently.”

To read Lost in Transaction – Volume II, which includes comparisons between consumer and business attitudes to fraud, security and alternative payment methods in the US, UK and Canada, click here: www.paysafe.com/lostintransaction.