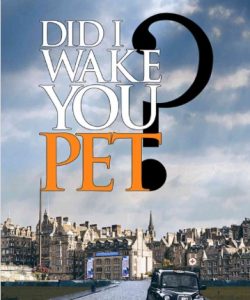 IF you want an insight into how a brave woman suffers and then survives the horrors of domestic violence then we suggest you may want to listen to our interview with author Fiona Bowman as well as buy her book.

Originally from Scotland, Fiona Bowman moved down to Essex nearly 20 years ago to Bulphan.

Fiona lived in Edinburgh with her ex-husband for 10 years. The abuse started six months into their relationship.

Fiona said: “I felt embarrassed and ashamed at the start. I didn’t want to admit that things were going wrong to my friends and family. I used to hide in the airing cupboard when he came home from the pub to avoid beatings.”

“As in most abusive relationships things got worse and worse until I ended up in hospital with head injuries and concussion. The hospital staff found my keys from work in my coat and called them. My boss came to the hospital and couldn’t believe what he saw.”

Fiona said: “ I didn’t want to release a ‘poor me’ book, I wanted to show other women that you can come out of this and have a wonderful life like I have now. So I wrote the final chapter last year about how my life has changed.”

Safer Places Domestic Abuse Charity reports that on average they receive 90 referrals a week for domestic abuse cases in Essex and Hertfordshire.

The book is called Did I Wake You Pet? and is available from Amazon and Waterstones