FROM Stanford to Aveley and from Lakeside to Grays, residents of Thurrock gathered together to pay tribute to all who served for their country.

All the ceremonies had a great representation from the public, from politics, from the uniformed services and the churches.

On Remembrance Sunday, people gathered at events in 14 towns and villages throughout Thurrock and took part in the two minute silence as a show of respect before parades and wreath laying.

The Mayor of Thurrock, Cllr Tunde Ojetola, attended a number of events on Sunday and was moved by the number of people who turned out.

He said: “it is extremely humbling to attend so many events and see so many people pay their respects to those who have made the ultimate sacrifice in service of our great country.

“The support shown by the people of Thurrock – those young and old – was incredibly and extremely moving.

He added: “Organising so many events, with so many people from our friends in the armed forces, emergency services and our veterans is extremely challenging – my thanks go to the Royal British Legion and everybody who helped make today happen.”

We will be adding photos and tributes as we go along.

A large crowd gathered together for a ceremony at the war memorial on Grays High Street. 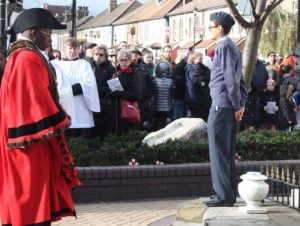 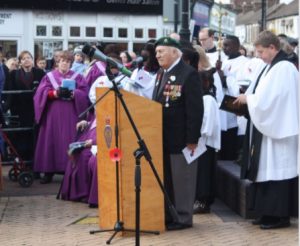 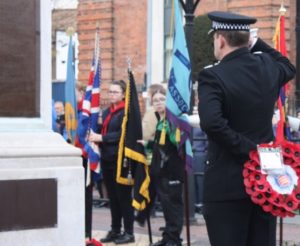 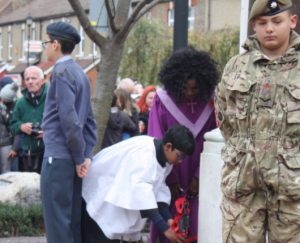 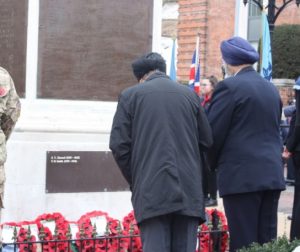 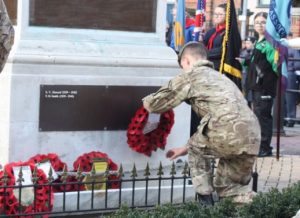 The deputy mayor of Thurrock joined veterans, other dignitaries and shoppers at intu Lakeside for their traditional ceremony at 11am on Armistice Day. As usual this ceremony was impeccably observed as the shopping centre fell silent.

Cllr Mike Stone said: “I was proud to represent the borough at both events over the weekend. Thurrock once again showed the deep respect it has for all those who served their country. 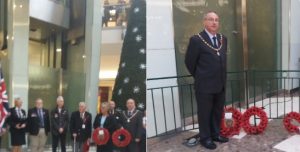 There were two ceremonies in South Ockendon over the weekend. On Saturday morning, Rev Alan Field led a dedication for the new flagpole on the green near St Nicholas’ church. The new flagpole was the idea of local councillors, Jan and Chris Baker.

They were joined by the Denis Mason, father of fallen Aveley solider, Nicky Mason. 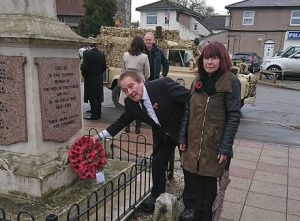 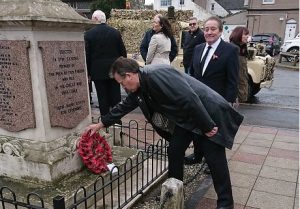 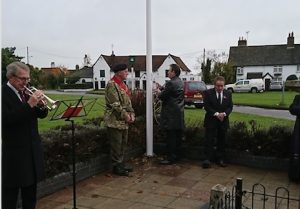 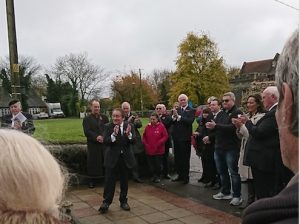 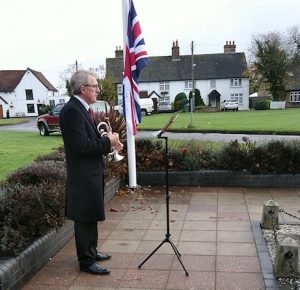 On Sunday a vast crowd gathered to pay their respects.

The mayor of Thurrock was instrumental in making sure there was a remembrance service on Kershaw Close in Chafford Hundred. 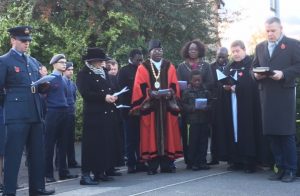 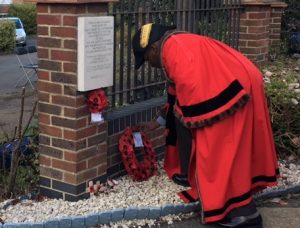 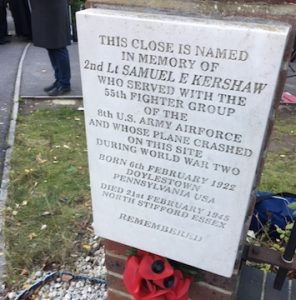 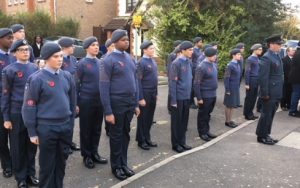 South Basildon and East Thurrock MP Stephen Metcalfe joined a vast crowd at the memorial on The Green. Th deputy mayor of Thurrock, cllr Mike Stone was also in attendance. 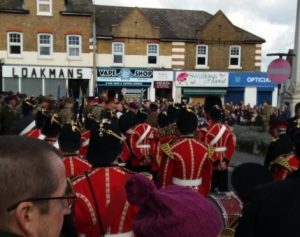 A poignant ceremony is always held at Orsett on a Saturday lunchtime. The mayor of Thurrock joined MP Jackie Doyle Price and local residents at the memorial. 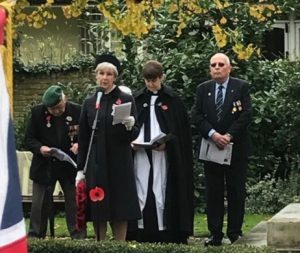 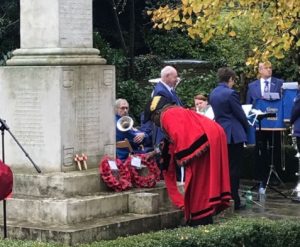 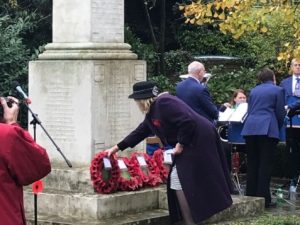 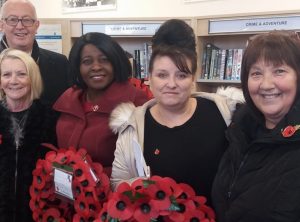