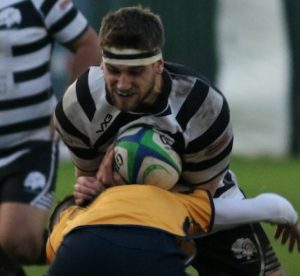 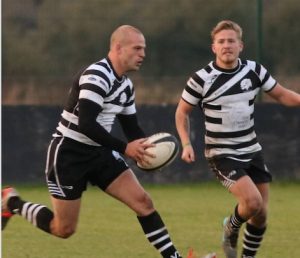 INJURIES again played havoc with selection and those left standing have not lacked in courage, or effort, after a first quarter, when the visitors certainly had the upper hand and was very confident in kicking a number, of penalties to the corner instead of taking the shot at the posts. But great line out defence from Thurrock kept them at bay, in fact great defence overall in the 20 minutes was the highlight of the opening quarter. But the visitors did break the deadlock when they managed to work an overlap and winger Short dived in to the corner to lead 5-0

Thurrock slowly came back into the match and started to pin Sevenoaks in their own half despite the advantage of a reasonable breeze, Tom Worsfold made no mistake with his first penalty effort to reduce the arrears. Thurrock continued to gain confidence and a sublime chip from scrum half Alex Jones gave Jake Barrand the chance to chase the kick which he managed to collect and barge his way over to score wide out and put the home side ahead, Worsfold’s conversion went just wide of the left hand upright. the score remained 8-5 until the break.

The second half was another cagey affair with Thurrock having the slight edge and with 20 minutes to go a great well worked team try was finished off by Joss Nunn who gave an outstanding performance, but it was captain Reece Durrance who scored the third try with just 5 minutes to go and the try capped a fantastic skippers effort carrying a heavy knock on his knee as early as 10 minutes into the game, but played through the pain to lead his troops to what was in the end a deserved and much needed victory. Worsfold’s conversion attempts both slid just wide of the posts so the score remained 18-5

No game this week next up TOTTONIANS (Southampton) on 25th November