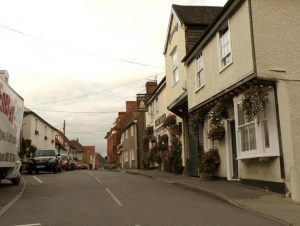 ESSEX Police has arrested and charged a third person in connection with an aggravated burglary in Horndon-on-the-Hill.

It follows the report of a break-in at an address in the Horndon Road area in the early hours of Wednesday, September 27.

Ayomide Ijelu, 23, of Lindisfarne Way, London, has been charged with robbery and possession of an imitation firearm.

He has also been charged with possession of a bladed article and two counts of possession of a Class A drugs. These offences are not connected with the aggravated burglary.

He has been remanded in custody, to appear at Basildon Crown Court, at a date from December 13 onwards.