By Staff Reporter on December 5, 20175 Comments 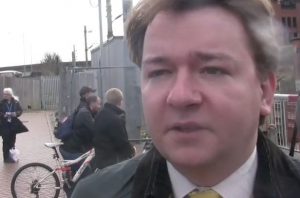 IN the run up to the 2015 General Election UKIP’s Tim Aker MEP pointed out that Grays was in danger of becoming a ‘no go zone’. At the time Thurrock Labour released a statement heavily criticising him for doing so.

Cllr Tim Aker said: “It’s a shame it has taken Labour so long to wake up to what we have been saying since 2014.

“I wonder if Cllr Gerrish will now apologise on behalf of Thurrock Labour since they have admitted they were completely out of touch.

“Labour Councillors have been in place in Grays for years and yet it seems they have been asleep on the job.”