A MAN has pled guilty to being in charge of a dog when it was dangerously out of control. 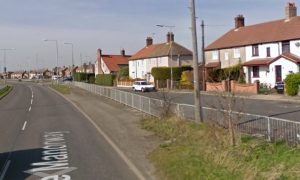 On 03/06/2017 at Stanford-Le-Hope were in charge of a dog, namely a Staffordshire Bull Terrier named Jake, which was dangerously out of control in the pathway of the Manorway, Stanford-Le-Hope.

He was remanded on unconditional bail until January 2nd, 2017.