ESSEX Police is appealing for information after four vehicles were damaged by fire in Grays.

No-one was injured and we are treating it as arson.

If you have any information about the incident please contact Pc Andy Kirkby at Grays police station on 101 quoting the crime reference number 42/504/18. 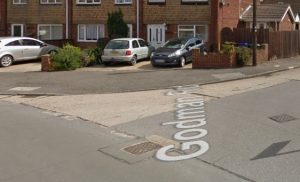 Firefighters managed to extinguish the fire by 6am on Godman Road.

The cause of the fire is unknown.