ESSEX Police has arrested a boy on suspicion of burglary, theft and possession of knives after stopping a man in North Stifford.

Officers received reports at 1.45am today (Monday, January 15) that a burglary was in progress in Birchfield and a motorbike had been stolen.

Police attended and suspects made off from the scene.

The motorbike was later found abandoned and after searching the area, officers arrested a 16-year-old from Dagenham in High Road, North Stifford, at around 2.45am. He was also found in possession of a large carving knife and someone’s driving licence. 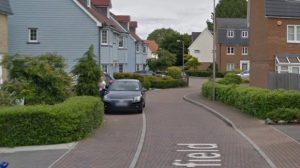