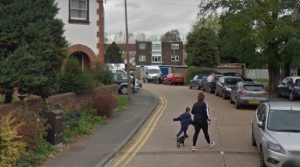 A MAN from South Ockendon has pleaded guilty to supplying drugs to a teenage girl, who died after taking a drugs at a party.

Serie-Lea James, 15, took cocaine and Ecstasy at a party at a flat in Pear Tree Close, South Ockendon, Essex on September 1 2016.

She was rushed to hospital after having a heart attack, but doctors were unable to save her.

Raymond will be sentenced later this year.