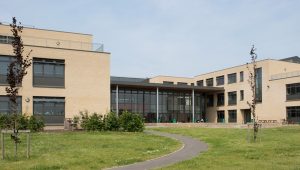 ORMISTON Park Academy (OPA) in Aveley, will next week be hosting qualifier matches for 10 local primary schools hoping to get the chance to represent West Ham United at the Premier League Primary Stars Tournament.

The Primary Stars Tournament is run by Premier League Communities and is open to children under the age of 11. It involves 20 Premier League clubs selecting a school to represent them at a nationwide competition which will take place in May 2018 at the King Power Stadium, the home of Leicester City FC.

The Tournament was created to increase participation in football and sport amongst school children across the country.

This qualifier at OPA is the final qualifier of several rounds which have taken place across Essex over the last month, and the winners from this round will join the winners of other previous rounds for a final playoff which will decide who will be selected as West Ham’s representative.

OPA is a West Ham United Foundation Hub School, which provides a set location for local children aged from 5-12 to attend programmes such as futsal and football development sessions, as well as half-term “Soccer Schools” throughout the year.

As part of the Foundation Hub School model, OPA and West Ham will be launching a Post-16 Football Development Programme in September 2018. The Programme will offer 16-19-year olds the opportunity to gain academic qualifications, such as BTECs and A-Levels, with the added bonus of regularly scheduled training sessions twice a week, and the ability to compete in fixtures on a weekly basis, within a local collage league.

“We’re very excited to be hosting this exciting qualifier round for the selection for a West Ham team, and wish all competing schools the best of luck.

“We are also delighted to be launching the Post -16 Football Development Programme later this year, in our capacity as a West Ham United Foundation Hub School. It combines the importance of education with the opportunity to receive professional football training and will allow students to further their education while pursuing their football dreams.”