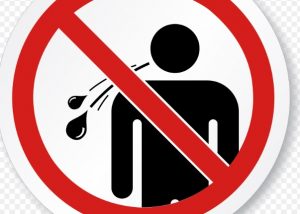 As well as this, three fly-tipping cases in Grays and Tilbury have resulted in Thurrock Council issuing three Fixed Penalty Notices worth £400 each or £1200 in total.

As part of the council’s ‘Clean it, Cut it, Fill it initiative’, council enforcement officers are continuing to take a tough approach.

Alleyways next to William Street in Grays and Christchurch Road in Tilbury were subjected to the dumping of household waste. Council enforcement officers supported by local residents were able to provide evidence of dumping and identified the perpetrators allowing fines to be issued.

“Through our Clean it, Cut it, Fill it campaign, our tough approach is cracking down on those who spoil our borough.

“Fly-tipping anywhere is not acceptable but when you are doing it in the heart of your own community it shows a lack of regard for your own neighbours as well as cost to public purse.

“I want to thank residents and our officers for their persistence in finding evidence so we can take action against perpetrators.

“I hope residents learn from these cases. If someone says they’ll take away your rubbish and the price seems too good to be true – it will be as you’ll face a £400 fine if you don’t check they’re legitimate.”

Last month, Thurrock Council issued 272 Fixed Penalty Notices as part of its ‘Clean it, Cut it, Fill it initiative’. Notices were issued and paid by offenders for dropping rubbish and creating waste including 256 cases of cigarette waste, three cases of food rubbish and two cases of spitting.

Cllr Watkins concluded: “Our tougher approach to cleaning up our community and fining those who treat our streets like bins will continue.”