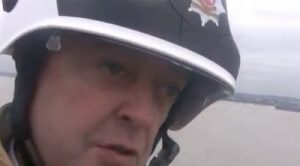 AN ESSEX chief fire officer mysteriously sacked has been given an undisclosed financial settlement reports the BBC.

David Johnson was suspended as Essex’s chief fire officer in April 2015 and sacked in April 2017. No reason has been given for his dismissal.

The dispute has cost the fire service more than £500,000, but detailed figures have not been released.

The dispute was settled after a mediation hearing at the East London Employment Tribunal.

The office of Police, Fire and Crime Commissioner for Essex said it would not be disclosing the financial details of the settlement.
Commissioner Roger Hirst said: “We are pleased that we have been able to reach a conclusion to this case, recognising that it has taken judicial mediation, and that there is now a way forward for Mr Johnson that both parties can accept.”

Last year the fire service’s invoiced expenditure was revealed to show three entries – one for £365,480, one for £35,422 and third for £15,000 – paid for “legal expenses” to Essex County Council, which has a legal services department.

The fire service confirmed all three payments related to the case of Mr Johnson.

The service has previously confirmed it spent more than £100,000 between April 2015 and February 2016 on legal fees in the case.

At the time Alan Chin-Shaw, secretary of the Essex branch of the FBU, said the £1m spent on legal fees in the past year would be enough to fund a “whole-time fire station for a year”.

“My view is that if they have put themselves in a position where they need that much legal advice then chances are they are probably not doing right,” he said.

No reason for Mr Johnson’s sacking was given by Essex County Fire and Rescue.

The fire authority said last year his dismissal “followed a robust process in compliance with the law in relation to statutory officers”.