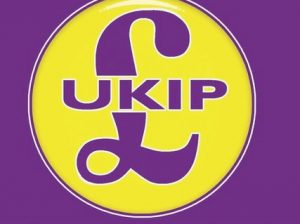 YT understands that Ukip may well be planning to run candidates at the local elections in May.

According to website, www.kippercentral.com, in an article titled “Basildon and Thurrock: Firing On All Cylinders”, it appears they are all set to run a number of candidates on May 3rd, 2018.

The website also announces that the branches of Basildon and Thurrock have re-united. They were split up a few years ago, causing considerable rancour and division amongst kippers.

Kippercentral said: “In Basildon and East Thurrock, we are prepared for the local elections. The Basildon part of our area consists of 16 Wards, three are the responsibility of Rayleigh and Wickford Branch, two have no election this year which leaves us with 11 Wards to prepare for. We have all of those covered by nine active candidates and two paper candidates. Of the nine candidates, two are sitting Councillors standing for re-election.

The part of our Branch that was East Thurrock, has six wards, of which three have elections this May. These are also covered by one active candidate and two papers candidates and the active candidate is already out and about.

“We have had confirmation from Head Office that we are now responsible for the Thurrock members deserted by their Councillors and are now called UKIP Basildon and Thurrock Branch, a re-joining of the Branch that split a few years ago.

“This will give us a whole lot of new issues as we look to find candidates to stand in Thurrock, but we are up for the challenge.

“With just around three weeks to go until nominations close, we have to get busy and try to find those members who will be willing to stand as candidates, whether it is active or paper, the more ballot papers bearing the UKIP name and £ sign the better.

“There are six wards that have an election that were formally the responsibility of UKIP Thurrock. We will endeavour to get people standing in those wards to give Thurrock UKIP members a chance to support us.

Branch Chairman, Councillor Gary Canham said: “I feel that this has happened in recognition of the hard work done here in preparing for the local elections by having Candidates in every ward.

“We look forward to extending our branch and welcoming Thurrock UKIP members back home”.

YT has spoken to Pitsea councillor Gary Canham who will issue a more in-depth statement regarding plans for Thurrock in due course.