The Russian Spy who loved Thurrock 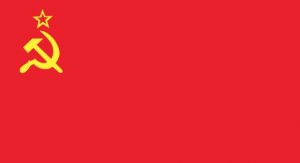 BACK in 1985, the Thurrock Gazette reported on this fascinating news item. In some ways, it harks back to another time and in other ways, has clear links with the news at present.

“A RUSSIAN Shipping Boss and friend of the Mayor of Thurrock has been accused of being a Russian spy by a man who had recently defected from the Soviet Union.

Ivan Viklolula was the Managing Director of Russian Cruise Line Company CTC who regularly berthed at Tilbury. He had become a regular figure on the civic circuit and had been a guest at the Mayor’s Banquet.

He had been ordered to leave the UK by October 7th.

Mayor Arthur Clarke was asked to comment on the news. He said: “Ivan has been a good friend to Thurrock. I can tell you now that he did not attempt to elicit any secrets from me.”