A MAN from South Ockendon has been jailed for four months for a racially aggravated public order offence. 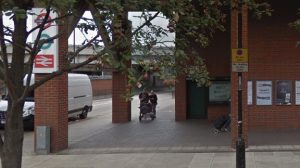 On 07/04/2016 at West Ham Rail Station and Upminster Rail Station with intent to cause another, harassment, alarm or distress used threatening, abusive or insulting words or behaviour or disorderly behaviour thereby causing that or another person harassment, alarm or distress and the offence was racially aggravated within the terms of section 28 of the Crime and Disorder Act 1998.

Lawrence was jailed for eighteen weeks due to the offence being committed whilst Lawrence was subject to a suspended sentence order. He was also fined £200.