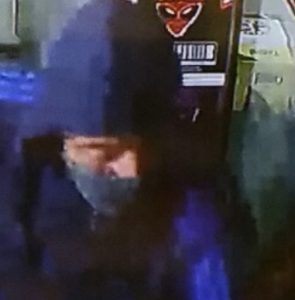 ESSEX Police would like to talk to these men in connection with a knife point robbery at a shop in Tilbury on Wednesday, April 11.

At around 6.05am two men walked into Dods newsagents in Broadway armed with knives and threatened a member of staff.

One of the suspects demanded cash while the other pushed over a display on the shop counter.

They both then left the building empty handed.

Officers attended the scene armed with a Taser but were unable to locate the men described.

Anyone who has information or CCTV and dashcam footage at around the time of the incident is asked to contact Dc Edward Gosling at Grays CID quoting crime reference 42/49119/18 or Crimestoppers anonymously on 0800 555 111.