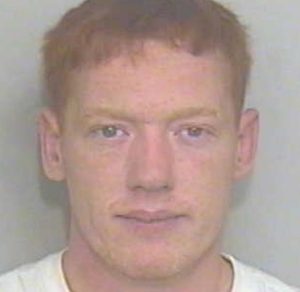 DENVER Clift, 31, of Brennan Road, Tilbury, was charged with a burglary at Betfred in Lodge Lane, Grays, on April 26, in which a handbag was stolen.

He was also charged with criminal damage in Tilbury on May 14, in which a lean to roof and a fence were damaged in Brennan Road.

He appeared at Basildon Magistrates’ Court on Tuesday, May 15 and pleaded guilty to burglary and criminal damage.

He was jailed for 18 weeks and ordered to pay £500 compensation.

Clift was also charged with assaulting a man occasioning actual bodily harm in Tilbury on April 21.

He appeared at Basildon Magistrates’ Court on Tuesday, May 15, no plea was entered and the case was adjourned until June 12 at Basildon Crown Court.