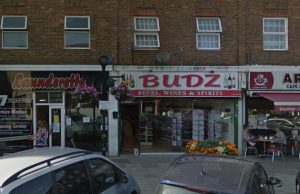 ESSEX Police is appealing for information after two men robbed a shop and stole a staff member’s car.

The 52-year-old victim had closed Budz off-licence in King Street, Stanford-le-Hope at about 11.20pm yesterday, Saturday, May 19 and was walking away when two men approached her from behind and forced her to re-open the shop.

They stole a four figure sum of cash, bottles of alcohol and her car, a grey Audi A4.

No weapon was seen, although the victim reported an object was pushed against her back.

She was left shaken but unharmed.

Detective Sergeant Brian Palombella, of Grays CID, said: “This was a frightening incident for the victim and I am keen to find these men as quickly as possible.

“We are speaking to people in the local area and reviewing CCTV as part of our ongoing enquiries and want to talk to anyone who saw what happened, or saw two men acting suspiciously in the area before the incident.”