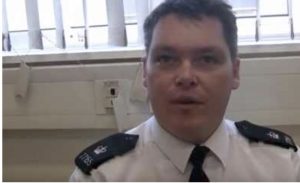 A SENIOR Essex Police officer has gone on the record to defend their approach to crime fighting in the borough.

A Essex Police spokesperson said: “Our officers continue to be committed to working with Thurrock Council and other organisations to tackle crime and anti-social behaviour in the district.

Following an article which highlighted the issue of drugs and gangs across the country using Thurrock as a case study we were approached for a comment by the Thurrock Independent Newspaper.

The paper will be printed without any representation from us or the council because they failed to communicate effectively with either organisation.

We feel it’s important that you get the full picture which is why we are publishing our statement below.

Also we would like to encourage you to let us know what your concerns are – either at one of our engagement events or by contacting local officers.

Chief Supt Andy Mariner, Essex Police’s most senior officer responsible for policing in the Thurrock district said: “The fight against crime and anti-social behaviour remains the bedrock of local policing and Thurrock is no different.

“The issues we see in the district are sadly not unique and mirror similar pictures seen in other urban areas where there are pockets of poverty as well as where those areas border larger metropolitan cities.

“Drug and gang culture is unfortunately an issue which has been more prevalent in recent times and is a matter we are committed to tackle.

“I am proud of the strong partnership we have built with Thurrock Council and other organisations as part of the Thurrock Community Safety Partnership and we work closely to tackle issues which are both identified by us as well as by members of the public.

“Locally we have regular weekly uniformed patrols with council enforcement officers in Grays town centre and these are also supported by plain clothed patrols. This activity has seen cannabis seized through effective use of stop and search in targeted hot spot areas.

“Engagement with the local community is a key priority and something I feel is really important to ensure we connect with the people we serve and find out what issues matter to them. These events have been successful and well-received and help us shape our priorities and policing focus.

“Our fight against drugs and gangs is led by our Operation Raptor teams who work closely with local policing officers to target key areas. We use a variety of tactics including pre-planned operations and warrants as well as highly visible patrolling.

“The West Operation Raptor team – which cover Brentwood, Thurrock, Harlow and Epping Forest districts – secured a total of 118 years in prison in 2017 for those convicted of being involved in drug and gang crime. The team also seized Class A and B drugs worth more than £418,000, seized £171,230 of criminal cash, arrested 330 people suspected of drug supply or gang crime and seized 62 weapons.

“The Thurrock team also seized 802 cannabis plants over the course of the year worth more than £168,000

“These results are testament to Essex Police’s commitment to tackle this issue and our teams will continue to target, arrest and lock up those individuals who come to our county intent on selling drugs.”