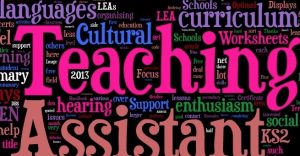 Academies are able to set their own pay scales – but shadow education secretary Angela Rayner has said that Labour would apply national terms and conditions to all schools to regulate salaries.

Speaking to the annual conference of the GMB union, Ms Rayner pledged to end the “scandal” of teaching assistants and other support staff in academy schools on the minimum wage.

Ms Rayner said: “The Labour Party will bring back genuine national pay in education. Not just for the teachers, but for other educators too.

“We will reinstate the School Support Staff Negotiating Body. And we will go further.

“National pay settlements will apply to every school that is funded through our National Education Service. There will be no more race to the bottom in our schools, and we will end the scandal of teaching assistants on the minimum wage.”

”We welcome this much needed pledge from Labour to stop the kind of academy penny-pinching which sees our dedicated and professional school support staff struggling to get by.

“Ultimately, it’s our children who will suffer if school staff aren’t paid properly.”