AN FE college incorporated in 2014 has found a merger partner, after the FE commissioner decreed it would no longer be sustainable as a standalone institution reports FE Week. 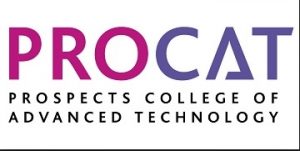 It only converted from an independent training provider to college status four years ago, becoming the first college to be instituted in 20 years.

Its brand will be “retained” with further investment going towards developing its headquarters in Basildon, Essex, as the “combined group seeks to establish itself as a leading specialist technical, engineering and construction training provider”.

Matters were so bad that he warned it was “extremely unlikely to be able to deal with its financial challenges alone” and recommended the college merge by the end of 2018.

PROCAT’s chair, David Sherlock, described the new partnership as an “exciting merger” to mark its “next step in our progress since changing from a private training provider”.

“Our dream has been to create a technical university for Basildon,” he said. “To do that we need larger scale as well as excellence. We are confident that this merger will provide that, establishing a powerhouse of technical creativity for the thriving Thames Gateway.”

The merger process in itself still has a number of stages to complete, before seeking the approval of the education secretary later this year. The merger will formally start in the new year.

“Our decision to merge with PROCAT has been underpinned by our shared commitment in providing technical training opportunities up to degree level in Basildon to meet the skills needs in the Thames Estuary and beyond,” said SEC principal Angela O’Donoghue.

“These are truly exciting times for all within this region and beyond and we look forward to working with PROCAT, to achieve our joint vision.”

The commissioner’s report noted a “very small” turnover of £9 million, around three times less than the average for FE colleges in England, and said it was “difficult to envisage the college, at this size, being able to invest in sufficient high-quality people”.

It was issued a financial notice to improve in February after being assessed to have “inadequate financial health by ESFA following a review of the college’s latest outturn figures for 2016/17 and the revised budget for 2017/18 and associated information”.