MEMBERS of the Police, Fire and Crime Panel met yesterday (June 28) and have confirmed Ben-Julian (BJ) Harrington as the next Chief Constable of Essex Police. 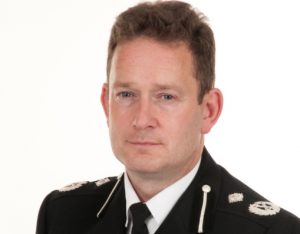 “Mr Harrington is an outstanding leader who comes to this role with over 27 years of operational experience both in Essex and in the Metropolitan Police Service. During the interview process Mr Harrington clearly demonstrated his leadership and his strong commitment to Essex Police.”

Mr Harrington said: “I am hugely proud to have the opportunity to lead Essex Police. I joined the service to keep people safe, catch criminals and help people, and that very simple belief will guide me as we strive to make a large and complex county even safer.”

Councillor Wendy Schmitt, Chairman of the Police, Fire and Crime Panel, said: “The members of the Police, Fire and Crime Panel are pleased to appoint Deputy Chief Constable Ben-Julian Harrington as the next Chief Constable of Essex Police. We are in no doubt that he has the passion and drive to lead the Force and make a real difference to the people of Essex.”

She added: “The panel would also like to thank Chief Constable Stephen Kavanagh for his commitment to Essex Police and pay tribute to the work he has done and will continue to do until his retirement for policing in Essex. He will leave a strong legacy.”

Find out more about Ben-Julian Harrington.

Mr Harrington will take on the role when Chief Constable Stephen Kavanagh retires in October. Mr Hirst said: “When Stephen Kavanagh leaves Essex Police it will be in a much stronger position than when he joined. I would like to thank him for his contribution and the difference he continues to make for the people of Essex. I would also like to thank him personally for the open and collaborative working style we have built over the past few years.”