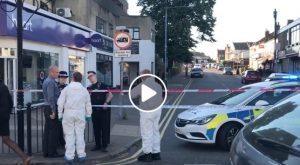 FIGURES revealed by Thurrock Labour show that violent crime in the borough has rocketed by over 60% in the last year.

A day doesn’t seem to go by with reports of acid attacks, drug dealing and over the weekend the shadow of moped gangs entering the borough.

Thurrock’s prospective parliamentary candidate, cllr John Kent has looked at government figures and is shocked by what he has discovered.

Cllr Kent said: “”The acid attack, in Grays on Friday is deeply concerning – it’s clear that acts of violence on Thurrock’s streets is rising and I’m worried about it.

“When you talk to people as I do, in the streets, in their homes, and at my surgeries, the fear of violence is always up there among people’s top concerns

“I asked the council to provide figures for the amount of violent crimes over past few years.

“This can’t be allowed to go on. I will be writing to both the outgoing Chief Constable,Stephen Kavanagh, and his successor Ben-Julian Harrington asking what action they will be taking to bring the levels of violent crime down.

“Over the coming weeks we will hear our Conservative council shouting about an increase in police numbers as the Tory police commissioner has announced 12 new constables to patrol our streets.

“Twelve PCs split over three shifts, that’s four extra PCs on our streets … not allowing for holidays, form-filling and the like.

“Don’t get me wrong, it’s a start and I wish each and every one of them the best of luck. But we all know Thurrock needs dozens of new police officers not just one dozen.”