Crowdfunding page for tragic teenage cyclist who died in Purfleet raises over £5,000 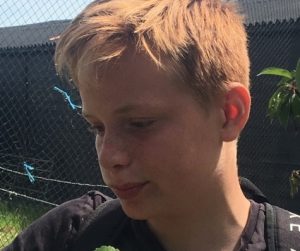 A CROWDFUNDING page set up in memory of a 13-year-old from Rainham who died after colliding with a motorcyclist in Purfleet has raised more than £5,000.

Samuel Breed, 13, from Rainham died on Saturday, June 30 in a collision on London Road in Purfleet.

The page was set up by someone who said Sam was their best friend.

They posted on the page and said: “Today has been the most tragic day, my best friend at the young age of thirteen was taken from this world unexpectedly, at 3pm this afternoon.

“He was such a lovely lovely boy would never ever hurt anybody he deserved the world!

“I would love to give Sam the best send of that him and his family deserve.

“I’m not asking for the world but every little helps no matter how small, there are many go fund me pages but why this is so special is because he was the most supportive, admiring little boy with the best personality forever making people laugh, filling the air with love.

“He will be deeply missed by many please help his family give their little boy the best journey they can.”

His family have paid tribute, saying: “We have lost a wonderful son. He was loved by all who met him and his star will continue to shine forever.”

Essex Police officers were called to the scene of the collision on London Road, near the junction of Vellacott Close, in Purfleet just after 3pm.

A motorbike and a cyclist, Samuel, had been involved in a collision.

Despite the best efforts of paramedics, Samuel was sadly pronounced dead at the scene.

The motorbike rider remains in critical condition in hospital.

Officers are continuing to appeal for witnesses.

Anyone with information is asked to call the Serious Collision Investigation Unit on 101 quoting incident 777 of 30/06 or email collisionappeal@essex.pnn.police.uk.

To donate to the page go to https://bit.ly/2KKxcLx