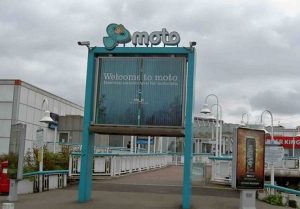 A MOTORWAY service area described as ‘gloriously ugly’ has been named the worst in England in a survey.

Thurrock services on the has a customer satisfaction rating of 68 per cent.

One recent reviewer wrote it was ‘gloriously ugly’, while other comments posted on Google and TripAdvisor said the toilets were ‘disgusting’ and urged drivers to ‘avoid’ it.

Transport Focus surveyed 9,600 motorway users on subjects such as toilets, staffing and food at 111 service areas in England between February and April. Ninety-two per cent said they were happy with their visit. Four of the five lowest ranked services were operated by Moto. Toddington southbound on the M1 in Bedfordshire was second lowest at 72 per cent.

A Moto spokeswoman said its services scored an average of 90 per cent but ‘major redevelopment works’ at Thurrock and Toddington ‘had a negative impact on perceptions’. Norton Canes on the M6 toll in Staffordshire was top with 100 per cent. Ten others got 99 per cent, including Wetherby on the A1(M) and Pease Pottage on the M23 in West Sussex.