Great films at the Vue in Thurrock this August

ONE of the world’s best laugh-out-loud comedies turns 50 this year and forms part of Vue Thurrock’s Big Screen Events calendar in August. 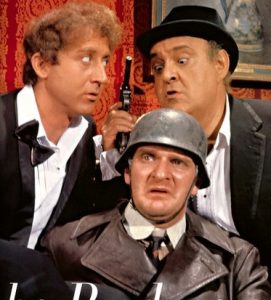 Mel Brook’s uproarious Oscar-winning comedy, The Producers, returns to screens in a stunning 50th anniversary, 4K restoration, on Sunday 5th August. Washed-up Broadway producer Max Bialystock (Zero Mostel) and timid accountant Leo Bloom (Gene Wilder) realise that under the right circumstances, a producer could make more money with a flop than with a hit. They embark on a scheme to come up with the most sure-fire flop waiting to happen, not knowing that they could actually have the most unlikely hit of all time on their hands!

Johnny Carr, Alternative Content Manager at Vue UK and Ireland, commented: “Once again, we are bringing a superb line-up of some of the most iconic music and film of all time, presented in the best sound and picture quality imaginable.”

Jonas Kaufmann: Under the Stars