Man wanted over knife attack on woman in Tilbury

ESSEX Police would like to talk Matthew Carter, 35, in connection with an assault in Tilbury. 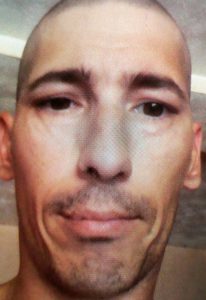 A spokesperson said: “We received reports that a woman suffered a cut to her hand after being approached by a man with a knife between 4.50am and 5.10am on Saturday, July 14th.

Carter has been described as being 5ft 8ins and he is known to frequent Kent, particularly Gravesend.