ESSEX Police are appealing for help to identify this man after a woman had her purse stolen in Stanford-le-Hope. 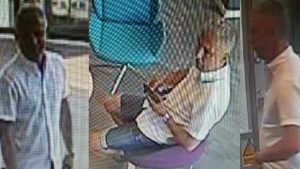 The woman, aged in her 70s, withdrew money from Barclays bank in Corringham at about 11.30am on July 26, and walked back home along Priory Street, Stanford-le-Hope.

While she was in Priory Road she was approached by a man asking for directions. The woman later discovered her purse had been stolen.

Officers believe she was followed from the bank.

Anyone who can identify the man pictured is asked to contact PC Joe Anderson at Grays Police Station on 101 quoting incident number 42/107070/18 or Crimestoppers anonymously on 0800 555 111.