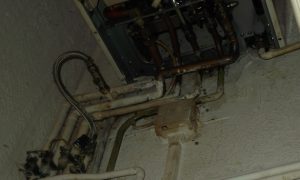 Landlord Tobe Ayandare was originally fined for failing to comply with an improvement notice under the Housing Act 2004 back in March, and now he has also been forced to repay rent that had been paid to him.

The case followed a complaint by the occupier about the condition of a home in South Ockendon and officers finding ten different health and safety hazards, including rotten and insecure window frames and doors, an untested and leaking boiler and a rodent infestation.

Having successfully prosecuted in March, Thurrock Council sought to recover the housing benefit payments paid to Ayandare during the ten week period he had failed to comply with the improvement notice.

A rent repayment order application was made to the Eastern Residential Property First Tier Tribunal under the Housing and Planning Act 2016, with £1,071.12 now successfully awarded.

It is believed to be one of the first times a rent repayment order has been granted under the Housing and Planning Act 2016.

Cllr Barry Johnson, portfolio holder for Housing, said: “We believe everyone should have a good quality place to live and will not tolerate landlords exploiting their tenants by taking rent, or taxpayers’ money in the form of housing benefit, while forcing them to live in unacceptable conditions.

“This is a landmark case for the council. I am delighted that not only have we been able to prosecute and ensure the necessary improvement works are carried out at the landlord’s expense, but also to recover rent for the very first time.”

3 Responses to "£1,000 of rent recovered from landlord in milestone case for Thurrock Council"