By Staff Reporter on September 8, 20184 Comments 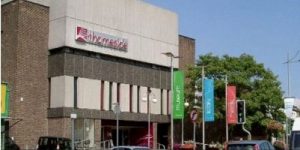 The event was symbolically held in the time slot originally reserved at Thameside Theatre, where the two films had been scheduled to be screened.

The debate covered issues such as censorship, as well as the importance of diversity in the film industry. The panel included a number of film academics and Thurrock residents.

‘Jungle Love’ (Phillipines, 2012) and ‘Shadows of Fiendish Ancestress And Occasionally Parajanov On Durian Cialis (Lesser #9)’ (Singapore, 2017) were banned by Thurrock Council, on the grounds of their assessment of the film to be R18. The R18 classification only allows such films to be screened in ‘licensed sex premises’, therefore preventing it’s screening at the Thameside Theatre.

The banned film’s director, Chew Tze Chuan, also defended his film via Skype at the event.

Panellist Hi Ching, who is also Creative Director of the TIC Film Festival, stated: ‘We felt it was important that we had these platforms, where we could actually have people meeting to create debate.

‘Tonight was about censorship, because these two films that we were showing tonight have been censored in their countries.’

Mr Ching stated that Thurrock Council’s decision to ban the films ‘is particularly ironic’, asserting that ‘we expect this country to (encourage) freedom of speech, human rights, much more tolerance.

‘In a sense, it actually shows how relevant such an action is for the film festival.’

The festival director Alex Chang said of Thurrock Council’s response to the films: ‘The best we can really hope for is a dialogue with them. They might be out of their depth, and if that is the case they need to be in-depth. They need to have educated conversations, and more importantly cultural and artistic conversations to get on board and get up to speed.’

The Thurrock International Celebration of Film Festival runs until the 9th of September at Thameside Theatre, Grays.