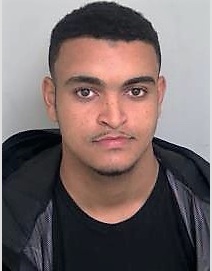 A MAN has been jailed for 14 years following the murder of a man in South Ockendon.

Daniel Boakye, 31, of Western Green, Dagenham, is due to be sentenced for murder and conspiring to supply cocaine at a date to be confirmed.

Lahrar was previously found guilty of murder on Thursday, March 8, following a three-week trial and Boakye admitted the offences on Tuesday, December 19, 2017.

He was jailed for three years on Thursday, March 8.

Lee Dowman, 51, of Lytton Road, Grays, was found not guilty by a jury of murder.

Daniel Adger was attacked by Boakye with a machete as he sat in a chair. He then ran outside calling for help while Boakye continued to attack him with the machete causing injuries to his legs, body and head.

Passers-by quickly came to his aid and attempted to dress Mr Adger’s wounds but he sadly died while being transferred to hospital.
Boakye and Lahrar drove from the scene in separate vehicles.

A huge police investigation followed which identified extensive telephone, CCTV and other evidence proving the involvement of Boakye and Lahrar in the attack and the supply of controlled drugs by Cocker-Dawkins.

“Boakye set upon Mr Adger, hitting him with a machete. He chased him from a local home into a public street and continued his vicious assault on full view of the public.

“I would like to once again, thank the members of public who bravely ran to help Mr Adger, providing him help, care, and comfort in his last moments.

“Both men are dangerous individuals and today, Lahrar, has been sent to prison for many years. The community is a safer place without him.

“I hope that today’s outcome offers some comfort to Mr Adger’s family during this difficult time.”