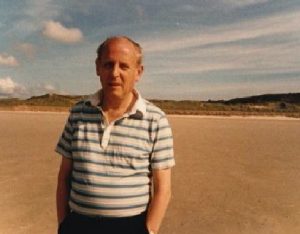 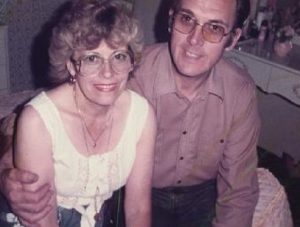 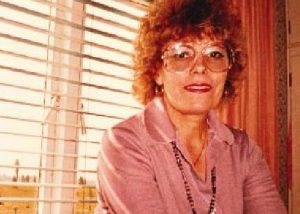 Appeal For Information Regarding Working Conditions At Tilbury Docks

A family has launched legal action to establish if a wife’s death from asbestos-related cancer was caused by her washing her first husband’s work overalls.

Joan Morris, from Essex, died four months after she was diagnosed with mesothelioma, a cancer of the lining of the lung most commonly associated with exposure to asbestos-related materials.

As part of its ongoing work, Irwin Mitchell is now examining whether Joan may have been exposed to asbestos while washing the work clothes of her late first husband Donald Merrells, who worked as a tally clerk at Tilbury Docks in the late 1960s and early 1970s.

The legal experts have now joined Joan’s relatives in calling on anyone who may have information regarding working conditions at the docks to come forward and help the family gain vital answers.

Alexia Kapranos, specialist asbestos-related disease lawyer at Irwin Mitchell’s London office representing the family, said: “While many of the cases we are involved in are related to those who have been directly exposed to asbestos during their working lives, instances when family members have had ‘secondary’ exposure are sadly not uncommon.

“From our initial investigations we believe that there is a possibility that Joan’s illness may have been caused by contact with her first husband’s work clothes, so would be keen to hear from anyone who could shed light on whether his role at Tilbury Docks could have caused asbestos exposure.

“We would be hugely grateful to anyone who can help, as any information could prove key to getting this family justice.”

Donald, who was also a councillor for Thurrock Council in the 1960s and 1970s, worked at Tilbury Docks for the National Dock Labour Board. His role would see him count the various products which came onto the site. It is thought these would have included asbestos powder stored in hessian bags and asbestos sheeting.

During this time Joan lived at The Beeches in Tilbury and Southwould Crescent in Benfleet. She was married to Donald up until 1975 and also worked as a barmaid at the Tarpots pub in Benfleet in the 1970s.

Joan had two children with Donald, Louise Merrells and Tracie Sharkey, before the couple separated.

She married William Morris in May 1981. The couple lived in Basildon.

Joan started complaining of symptoms in June 2016. Following tests she was diagnosed with mesothelioma that November and died in March last year.

William , 79, who Joan was married to at the time of her death, said: “It was incredibly difficult losing Joan and two years on we are still trying to come to terms with the fact that she is not around anymore.

“We understand that it was unlikely that she personally worked in environments where asbestos was present, so we are now keen for information regarding whether her exposure was caused by washing Donald’s clothing.

“We would be so grateful to anyone who might be able to shine a spotlight on this issue and help us push forward with our efforts to get justice regarding Joan’s death.”

Anyone with information is asked to contact Alexia Kapranos at Irwin Mitchell’s London office on 0207 421 3903 or email alexia.kapranos@irwinmitchell.com