DURING the last Full Council meeting, the leader of the Thurrock Independents proposed a motion calling for Thurrock Council to consider the installation of sprinkler systems within all high rises in the borough.

The motion was backed unanimously, including every Conservative Councillor.

The motion stated: ‘Council requests that Housing Overview and Scrutiny Committee urgently consider adding to it work programme at its next meeting on 2 October 2018 research into the feasibility of installing sprinkler systems in every high-rise tower block in Thurrock considering the extensive body of evidence highlighting the risks of not having sprinkler systems in such high-rise buildings.’ 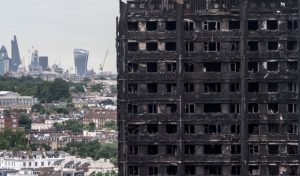 But when it came to the next meeting, cllr Spillman was angry at what he saw as a lack of progress on this matter.

Thurrock Independents Leader, Cllr Luke Spillman, said: “Rarely can a report have demonstrated more clearly the extent to which Conservative run Thurrock Council will go to avoid challenging the Conservative Government, even if that means potentially putting the safety of residents at risk.

“Full Council voted unanimously for a report to be brought to committee that considered the body of evidence on the risks of not installing sprinkler systems. However all we got at the next meeting was a report telling us that it would be expensive. As always the Conservatives show that they know the price of everything, but the value of nothing.