Lib Dems have their say on Lower Thames Crossing 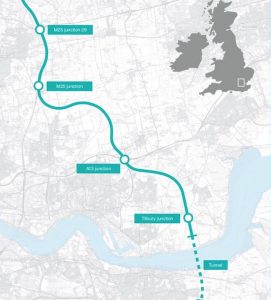 Option C on the Lower Thames Crossing scheme was backed today at Essex County Council’s Full Council meeting, though it was opposed by the opposition Liberal Democrats.

Commenting, Kevin McNamara, Liberal Democrat Parliamentary Candidate for Thurrock, said this: “Residents in Thurrock demand better than being the dumping ground for schemes that nobody else wants. We already have one of the highest air pollution levels outside of London, and infrastructure struggling to cope. This scheme is not what local people have called for, not what they want and addresses neither of these issues.”

Liberal Democrat Councillor David Kendall called for the Council to stand shoulder to shoulder with the thousands of residents in Thurrock. He said, “The Option C route will run a bulldozer through green belt land, destroy homes and ancient forests, increase air and noise pollution, and also have a major impact on many established communities.”

“The route will also seriously impact on resident’s health and their quality of life. The Lib Dems are in support of more jobs and a stronger economy in Essex but not at this price.”